he Royal Challengers Bangalore IPL Team also known as RCB is an IPL Franchise Cricket team. Currently, RCB IPL team owner is a liquor based company United Spirits. The home ground for the RCB is M Chinnaswamy Stadium situated in Bangalore. In 2014 RCB named Virat Kohli the captain of the team and since then, Royal Challengers Bangalore IPL Team Captain is Virat Kohli, The Royal Challengers have never won the IPL but finished runners-up on three occasions between 2009 and 2016. Their lack of success over the years despite the star-studded lineup. The team holds the records of both the highest and the lowest totals in the IPL – 263/5 and 49 respectively.

The two-time IPL champion had retained 13 players and had 12 slots to fill, five solely for foreign players ahead of the auction. RCB IPL team Owner United Spirits (owned by Diageo), will be hoping for a better performance this season and would like to lift the trophy as the squad look in great shape with core India player and foreign experience.

This is the list of players which were released by RCB IPL Team 2022 Auction:-

They bought as many as 10 for the Auction 2022. Purchased players includes :-

The Indian team captain ex-captainVirat Kohli has been the run machine in every format of the game, but certainly, his individual performance doesn’t reflect his IPL team’s success as he is yet to lift an IPL Trophy. In the year 2016, he sat at top on the leading run-scorers list, scoring 4 hundred in a single season thereby donning the Orange Cap at the end of the ninth edition of the league. With the help of ABD and Finch and some Indian young guns who have tasted the flavor of International cricket, he could finally break through the Jinx.

Now we will have a look towards the probable XI of RCB Team Players that can be played in the first match. As we all know how important it is to know which players are playing in the match for a Fantasy gamer. Here you will get a glimpse of the RCB Playing XI.

Now let us take a look at the best possible combination for the Royal Challengers Bangalore IPL team during the upcoming IPL season.

Royal Challengers Bangalore IPL Team management is expected to go with these two for the opening slot. Dinesh Karthik will be donning the wicket keeping duties and have a specific role in the power play that is to attack the bowler and get his team to a good start. Faf Du Plesis is a senior is a young campaigner and certainly on the most destructive batsman in the International format. If he gets going, he can win you matches single-handedly.

Both of these players are an integral part of the RCB Fantasy Cricket League Team. The other likely choice for the opening slot can be Virat Kohli and Devdutt Padikkal.

Their middle-order now looks much stronger with the boost of Glen Maxwell. Virat Kohli has opened the innings in the previous season but things could change in this season. With WCT20 in the offing, his batting and captaincy will be tested in the most heated T20 League. AB De Villiers has been retired from all forms of cricket including IPL in the previous year. This season will be crucial for Faf Du Plessis to put his name into the South African contention. Sherfane Rutherford, Glen Maxwell, Jason Behrendroff will act as a floater in the team.

With the current setup, RCB has many good bowling options for them so bowlers will be picked according to the situation. Wanindu Hasaranga has been in the RCB squad for a year so he has got the experience of the same. He bowls tight lines in the powerplay and gives nothing to the batsman. Harshal Patel will be leading the bowling pool as he has got good wickets in Chinnaswamy Stadium. He bowls tough overs for the team and gets them to break through. Md Siraj will be leading the pace attack along with Josh Hazlewood.

The other option in the fast bowlers is Suyash Prabhudessai, Chama Milind, Aneeshwar Gautam. 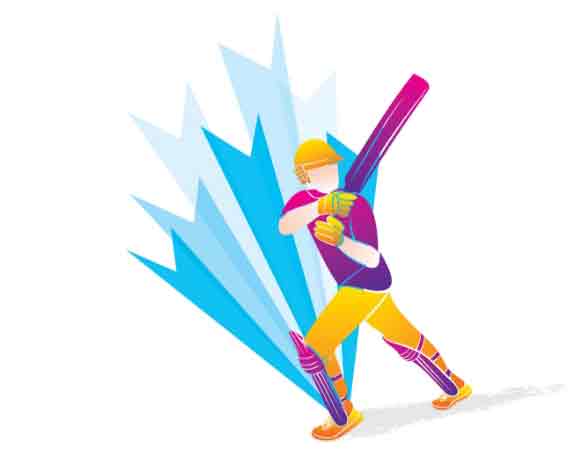 This section is made for all fantasy cricket lovers. As here you will get the players who can turn the chances of winning any RCB Fantasy League. Here are a few Royal Challengers Bangalore Fantasy Cricket Tips which you must keep in your mind when creating a team for RCB fantasy cricket league team.

RCB have got many players who can perform both the tasks in the field (batting and bowling) so try to take the bowlers who will give you a full 4 overs quota like Yuzi Chahal and Navdeep Saini.

One of the RCB Fantasy Cricket Tips that you should follow, if the match happens at M.Chinnaswamy Stadium, generally it’s a batting paradise but off- late the pitch has been even for the batsman and spinners as the bowl tends to grip on the surface. If this kind of surface is presented then, players like Virat, Glenn Maxwell and AB De Villers will be a great pick for captain and vice-captain.

This article provides you with an overall idea about the RCB Fantasy League Tips for IPL 2022. This article also includes RCB Fantasy Cricket Tips which will help you to make the team in this season. FSL11 is a great platform for fantasy sports like cricket. Here you can enjoy Instant Withdrawal, less competition, and referral program. Where you can earn money using your skills and knowledge. Download the FSL11 application now and enjoy cricket.